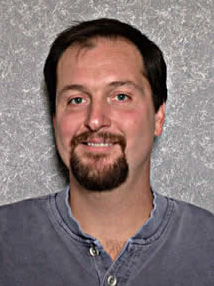 The use of a treatment wetland (TW) system to remove a variety of contaminants from a polluted water source is an accepted technology in many parts of the world.  They have been successfully used to treat domestic and municipal wastewater, agricultural and highway runoff, and metal contaminated water.  Most systems are of the sub-surface type where water passes through a gravel or sand media in which water-loving plants are grown.  Though direct volatilization and plant uptake play minor roles, treatment occurs primarily through processes associated with biofilms growing on the gravel media and especially the plant roots.  Tens of thousands of these systems are employed world-wide due to their reliability and overall effectiveness, relatively low construction cost, and minimal operations cost.  However, only a few experimental systems have been built in Montana for fear that our extreme climatic variability will reduce their effectiveness, especially in winter.

Research at MSU headed by Otto Stein has focused specifically on the influence of season on TW performance.  Starting with a small grant from the Water Center in 1996, Dr. Stein has developed a continuously funded group of  faculty and students focused on the inner workings of constructed wetlands.

Research has sometimes focused on a specific wastewater source such as metal contaminated runoff in Butte storm drains or combined lavatory and laboratory wastewater in a proposed building on campus but more typically has focused on how plants mitigate the influence of temperature on TW performance.  Probably the most profound discovery the team has made is that the rate of organic contaminant removal does not necessary decrease with cold temperature, as is typical in other wastewater treatment systems.  The key seems to be the type of plant species used; certain species appear to be better at oxygenating the root zone in winter and they speculate that the increased oxygen promotes a  faster removal rate counterbalancing the decrease due to temperature.   Wetlands planted to species that did not increase the root zone oxygen level, including the commonly used cattail, showed decreased performance in winter.

The team is currently working from a grant awarded by USDA to meet three new objectives.  One is to screen additional wetland plant species to determine which ones are better root-zone oxygenators and what physiological traits cause them to behave that way.  The second is to determine if the microbial populations on root surfaces vary by species and change by season and if this variability is the “root” cause for the observations previously identified.  The third objective is to determine if the way wastewater is applied, either in continuous flow or in fill and drain batch modes influences the observed seasonal variation.  Graduate students having worked on this grant include two recently graduated engineering MS students and  currently enrolled students in ENVE (MS), LRES (MS) and Microbiology (PhD). Several undergraduate students in CE-BREN and LRES compliment the graduate students and continue the tradition of employing many students to conduct the wetland research.  Seven graduate students and well over a dozen former undergraduates have worked on previous aspects of the treatment wetland research.